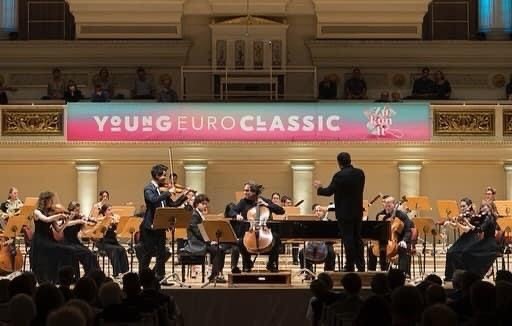 “….” The Moritzburg Festival Orchestra is one of the regular guests of YEC, whose members between the ages of 16 and 26 performed in the Konzerthaus after barely a week of rehearsal. The combination of orchestral work with chamber music, which is cultivated in Moritzburg, contributed to this rapid growing together. Thus, under the direction of Josep Caballé Domenech, there were very respectable interpretations of the C major symphony by Robert Schumann and Beethoven’s Triple Concerto. Jan Vogler, the artistic director of the Festival Akademie, was the outstanding soloist here alongside Kevin Zhu (violin) and Sergio Tiempo (piano). Ein Artikel von Albrecht Dümling.